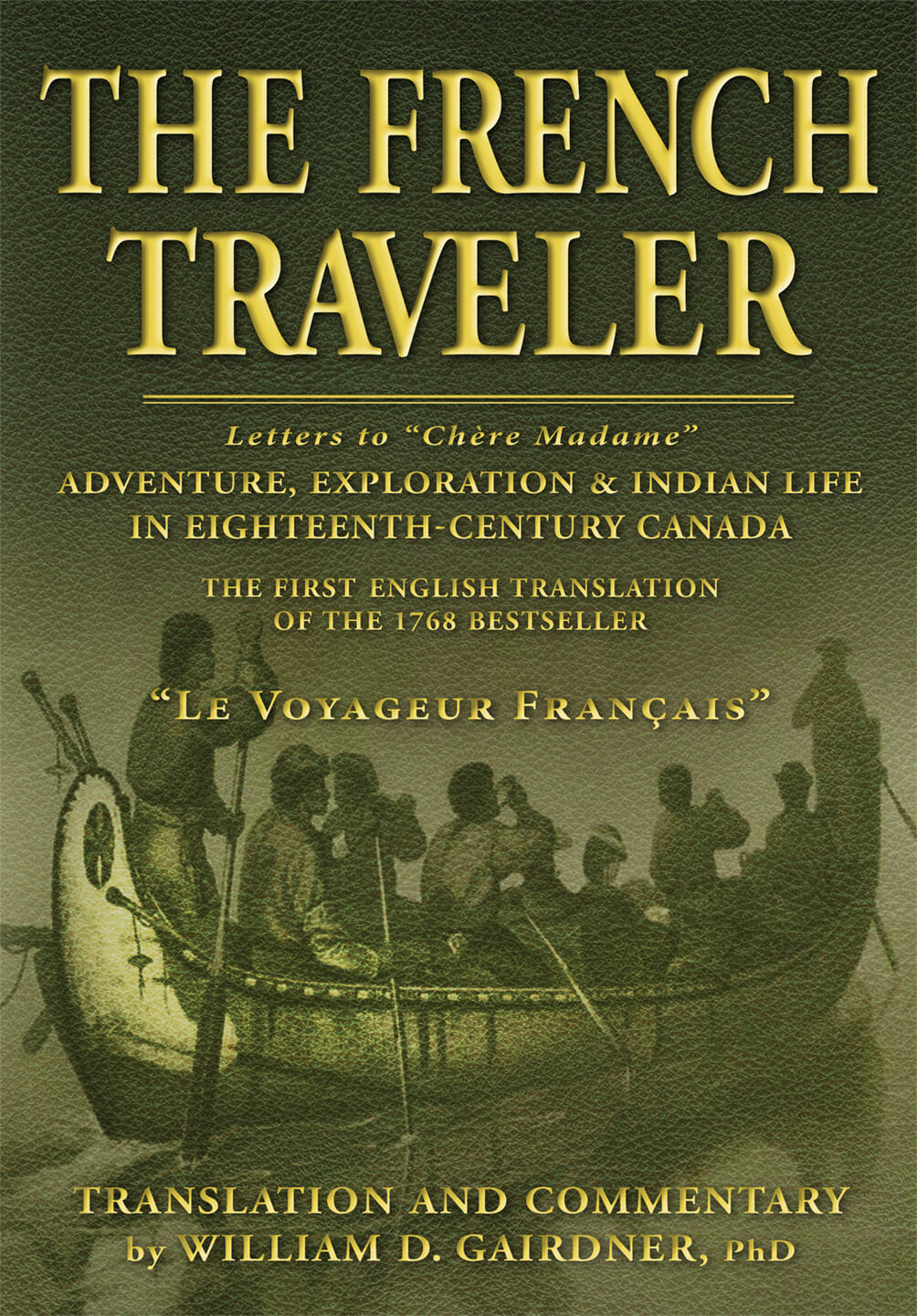 The French Traveler is finally out, and available on Amazon, right here:

This is such a refreshingly frank and honest view of the extremely rugged and wild life of settlers and explorers – but especially of Iroquois and Huron Indians – in mid-Eighteenth-century Canada, that many readers get a bit of a shock.

Yes, a shock. First of all, a shock of delight at the stirring, but very honest, and seemingly innocent writing that gives an immediate sense of peeking through a keyhole in time, into a previously hidden world.

I say “hidden” because for most of us, that’s true. The truth of Indian life in particular, has been hidden from us by the left-liberal sanitization of texts and by politically-correct public conceits about the “Noble Savage” – who was in fact (as this book shows) often truly noble. But just as often, truly ignoble and savage, in very gruesome ways. Better be sitting down!

If you want a truly memorable and rousing reading experience that will also arm you for discussions about the truth of our past, you will find it in The French Traveler.

Islam, & Terrorism Against the West

An Interview on The Great Divide

What Are the Effects of Innate Sex Differences On Society?